Album of the Week: Man of La Mancha 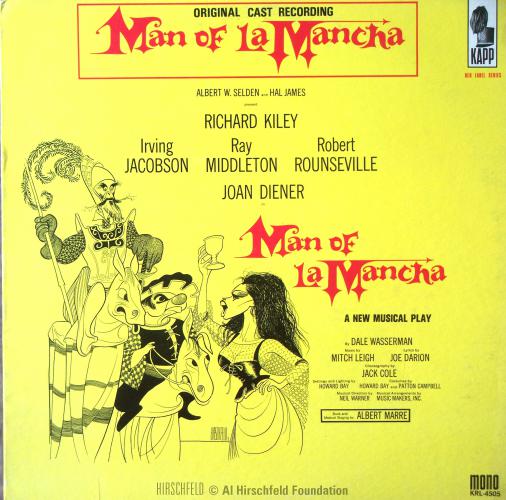 If you have ever dreamed an impossible dream, tilted at windmills, or thought yourself a knight, then Man of La Mancha is a show for you. Adapted from a television play that was inspired by Cervantes' Don Quixote, the musical had its premiere at the Goodspeed Opera House in 1964. It soon came to New York where it was produced at the ANTA theater before transferring to the Martin Beck (now known as the Al Hirschfeld Theatre). It's been revived four times on Broadway in 1972, 1977, 1992, and 2002, and had been performed all over the world.

Hirschfeld created this artwork originally for the show 's poster and it since become something akin to a logo of the show. He also did a drawing of the original production for the New York Times.

Tags:
album of the week
Man of La Mancha