Album of the Week: You're The Top 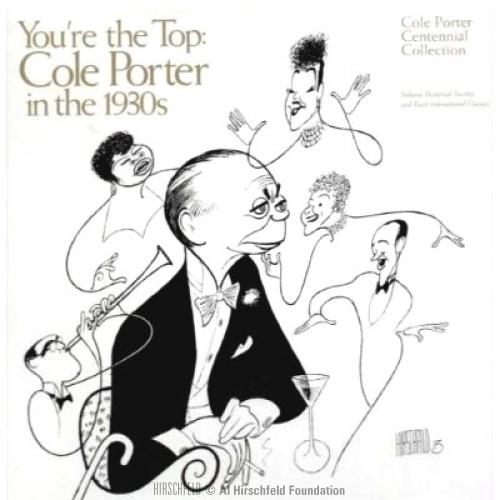 Hirschfeld's first drawing of Cole Porter was an album cover, a 1953 release by Walden Records. Almost 40 years later, he was again commissioned to draw the legendary songwriter for an album cover for a release prepared by the Indiana Historical Society on their native son (Porter was from Peru, Indiana).

Just days after this box set was released, Hirschfeld drew a similar portrait (sans singers) for the New York Times to celebrate Porter's centennial. This cover drawing was the first of two for box sets covering Porter's wide ranging career.