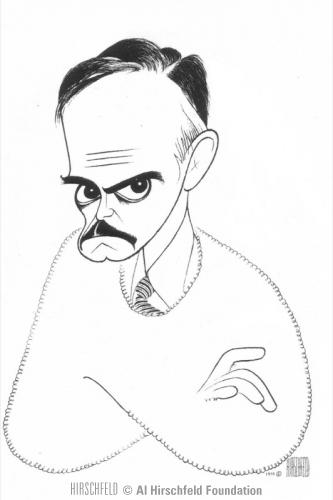 Over nine decades, Hirschfeld saw all the major Eugene O’Neill productions on and off-Broadway. Beginning with Strange Interludein 1928, Hirschfeld captured O’Neill and productions of his work on stage and film 42 times. No other artist so thoroughly documented the work of Eugene O’Neill in the twentieth century. Although opposite in personality, the two men were nevertheless friends who enjoyed haunts in Harlem and 52nd Street together. the unique installation is a series of 13 windows, each devoted to a single play (and its productions over the years) and/or Hirschfeld and O'Neill. You have never seen either writer and artist this way. Open 24/7 for almost the entire summer.