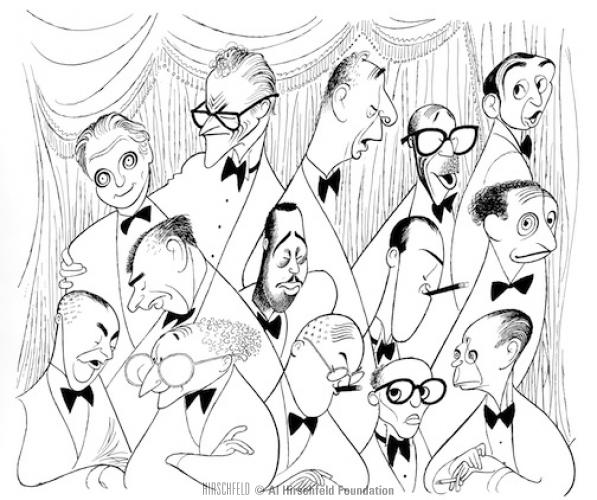 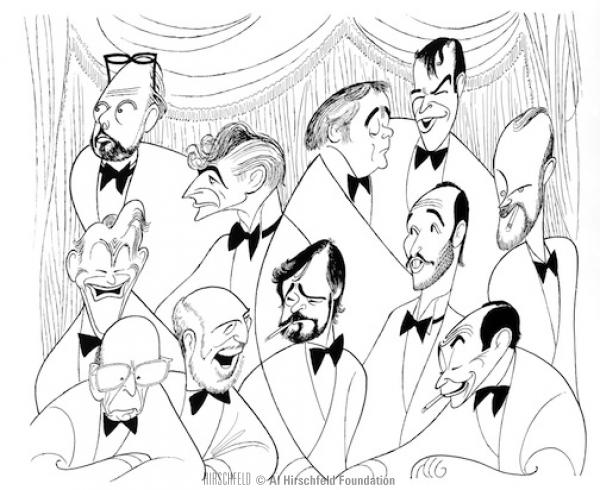 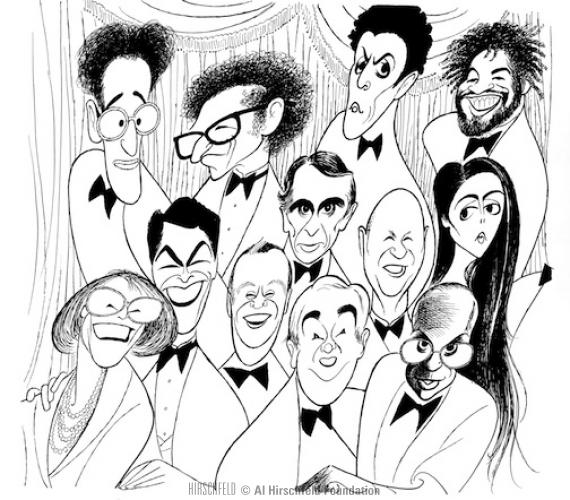 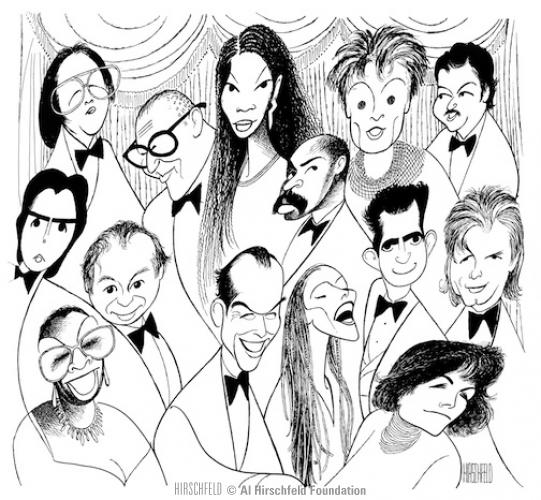 The Prince Music Theater was founded in 1984 as the American Music Theater Festival in Philadelphia, and in 1999 established a permanent home at 1412 Chestnut Street on the Avenue of the Arts in the City of Brotherly Love. At that time, the theater commissioned Hirschfeld to draw the leading figures of the American Musical Theatre for the last large wall mural of Hirschfeld’s career. Hirschfeld’s 50 figures from the history of 20th century American musicals include everyone from Jerome Kern to Julie Taymor; from Eubie Blake to Savion Glover. A celebratory summation of the first century fo the American musical.