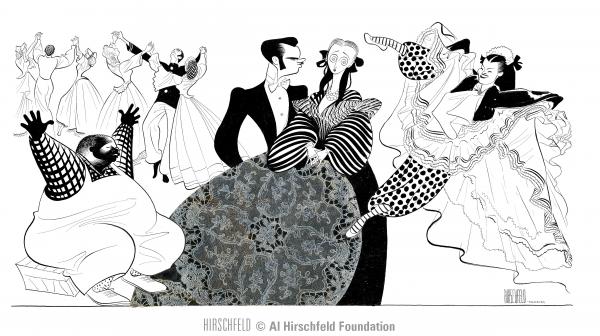 Bloomer Girl is an unlikely Civil War musical about a daughter of a manufacturer of hoop skirts (Celeste Holm) who becomes an abolitionist whose suitor is a slaveowner. she tests her lover by asking him to set his personal slave, Pompey, free. The show, with a book by Sig Herzig and Fred Saidy, and music by Harold Arlen, and lyrics by E.Y. Harburg, premiered on October 4, 1944.  Agnes de Mille was the choreographer.

Bloomer Girl ran for 657 performances, but it has seldom been revived, in part because the costumes are quite complicated. City Center Encores! staged a concert version in 2001.