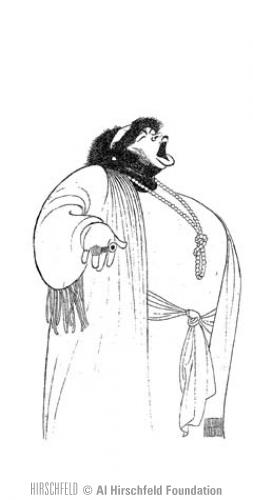 Theresa Merritt was an acclaimed musical performer who made her Broadway debut in 1943 inthe original production of Carmen Jones. she later appeared the musical adaptation of Golden Boy and The Wiz. She also made a number of films including The Goodbye Girl, The Wiz, The Great Santini, All That Jazz, and Billy Madison. She was even the star of the 1974 televison series, That's My Mama. She is best remembered today for her performance in the title role of August Wilson's Ma Rainey's Black Bottom.

"Miss Merritt is Ma Rainey incarnate," wrote Frank Rich is his New York Times review of the play. "A singing actress of both wit and power, she finds bitter humor in the character's distorted sense of self: When she barks her outrageous demands to her lackeys, we see a show business monster who's come a long way from her roots. Yet the roots can still be unearthed. In a rare reflective moment, she explains why she sings the blues. 'You don't sing to feel better,' Miss Merritt says tenderly. 'You sing because that's a way of understanding life.'"

When the play was revived in 2003, the production was dedicated to Theresa Merritt's memory.