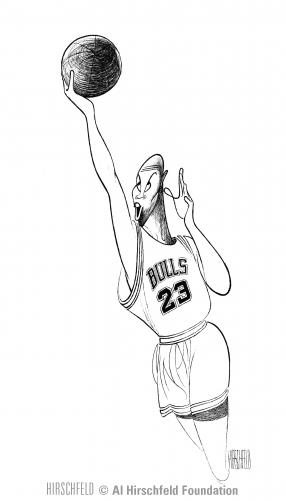 The NBA considers Jordan “the greatest basketball player of all time." Jordan helped his team, the Chicago Bulls win the first of six NBA championships in 1991. They won the next two years, before Jordan announced his retirement to play baseball. After a two-year hiatus, he returned to the Bulls, and they won another three. Jordan led the NBA in scoring for a record 10 seasons and tied Wilt Chamberlain's record of seven consecutive scoring titles. He won just about every other award in the NBA including MVP and was also a member of the Olympic “Dream Team” that won gold in 1992. This drawing appeared in Entertainment Weekly as Jordan lent his star power to popular commercials for his Nike shoes, including one made just before this drawing that featured Bugs Bunny, which led to the hit feature film, Space Jam. 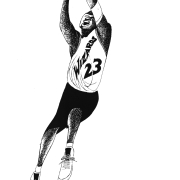 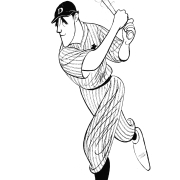 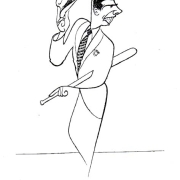 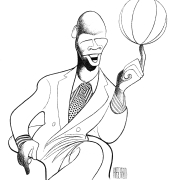 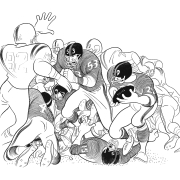 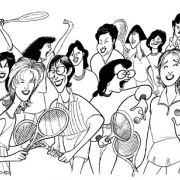